On Wednesday, Chinese State Councilor and Foreign Minister Wang Yi, in a statement, lauded India’s External Affairs Minister Dr S Jaishankar for a speech he made in Europe earlier this month, calling out the West for its “meddling” in India-China relations. The Chinese foreign minister indicated that the two nations must work together to “cope with global challenges” and “safeguard common interests”.

Earlier this week, India’s new envoy to Beijing, Pradeep Kumar Rawat, paid a courtesy visit to Wang Yi at the Diaoyutai State Guest House. This was Rawat’s first in-person meeting with the Chinese minister since his appointment as India’s new ambassador. “The two sides (China and India) should work in the same direction to maintain the warming momentum in China-India relations, and bring them back to the track of stable and sound development at an early date,” said Wang Yi during the meeting. Rawat, reportedly, also conveyed that India is interested in “realising the full potential” of the bilateral ties between the two nations.

These remarks were reiterated as the Chinese foreign ministry released a statement that read, “The two sides (India and China) should work together to cope with various global challenges, and safeguard the common interests of China, India and the vast developing countries. Recently, External Affairs Minister Subrahmanyam Jaishankar publicly expressed his disapproval of European centralism and objections to external forces meddling in China-India relations. That reflects India’s tradition of independence.”

The speech by Dr Jaishankar, that his Chinese counterpart referred to in this statement, was made at the GlobSec 2022 Bratislava Forum held earlier this month. The external affairs minister, while acknowledging India’s “difficult relationship” with China, had asserted that New Delhi is “perfectly capable” of managing its bilateral relationship with Beijing on its own.

The question regarding the relationship between the two Asian countries was also asked in the context of the ongoing conflict between Russia and Ukraine. “We have a difficult relationship with China. We’re perfectly capable of managing it. If I get global understanding and support, obviously it will also help me. But this idea that I do a transaction, I come in conflict one because it will help in conflict two, that’s not how the world works.” He added, “A lot of our problems with China have nothing to do with Ukraine, have nothing to do with Russia.”

The EAM also went on to criticise Europe for being “singularly silent” on several issues in Asia, whereas India has condemned the killings in Bucha, Ukraine, which were allegedly carried out by Russian forces in March 2022. India has also pushed for a probe into the incident. “We have not ignored it, unless you call phone calls to (Russian President Vladimir) Putin and (Ukrainian President Volodymyr) Zelenskyy as ignoring something,” said Dr Jaishankar.

The minister also highlighted that the world cannot be as “Euro-centric” as it has been in the past, and said that Europe must grow out of this “mindset that Europe’s problems are the world’s problems, but the world’s problems are not Europe’s problems”. Additionally, Dr Jaishankar also refuted the link being made between India-China relations and the situation in Ukraine, reportedly, denying the possibility of a similar conflict taking place between Beijing and New Delhi.

On the other hand, the Indian Embassy in Beijing also released a statement after Rawat’s interaction with the Chinese foreign minister, which read, “Bilateral and multilateral issues of interest to both sides were touched upon during the conversation. State Councilor Wang Yi conveyed that at the highest level of leadership of the two countries, there is consensus on the importance of bilateral relations for Asia and the world.”

The statement added, “Ambassador agreed and emphasised the criticality of maintenance of peace and tranquillity in the border areas for realising the full potential of this consensus. Wang Yi said that the border issue is important and we should stay committed to peacefully addressing it through consultation and coordination.”

The meeting between China’s foreign minister and India’s envoy to Beijing also took place in the context of the BRICS Summit, where Indian Prime Minister Narendra Modi and Chinese President Xi Jinping met virtually on Wednesday. Both leaders also went on to address the BRICS Business Forum, on the same day. 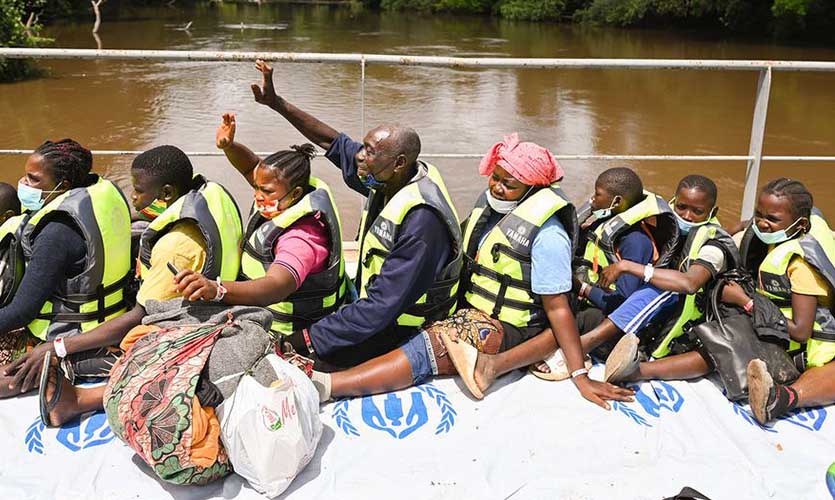