Caste is central to India’s politics. The country is home to 2698 political parties, several of which represent specific sections of the society. These are not only based on religions or regions but mainly castes, to ensure representation of all.

Charanjit Singh Channi’s appointment to the post of the Chief Minister of Punjab is a historical move. But it is not devoid of the politics surrounding the caste issue in the country.

Earlier this week, Channi became the first Dalit Sikh CM in the history of Punjab. This has raised the discussion of the caste divide and its politics, making it highly mediatised in the run-up to the various state elections scheduled for next year. The Congress is said to have hit a “masterstroke” by appointing Channi to the top post. Prior to the 2017 Punjab election, the Aam Aadmi Party (AAP) had announced its decision to appoint a Dalit as the deputy CM if it comes to power. Although they have not made any such announcements so far for the 2022 election, they have not shied away from reiterating that the leader of opposition, Harpal Singh Cheema, and the deputy leader of opposition, Sarvjit Kaur Manuke, both belong to the Dalit community. While the AAP was expected to stand a chance, now, the Congress’ move has stunned everyone from analysts to politicians. But how will it shape the grand old party’s future in the state?

After Capt. Amarinder Singh’s election, Ambika Soni was offered the CM post. However, she refused, saying that a Sikh majority state should be represented by a Sikh leader. Channi is a three-time MLA from the Chamkaur Sahib constituency and was previously the Minister of Technical Education and Training in Capt. Amarinder Singh’s cabinet. Even though Channi may not have been the first choice, he is certainly one of the popular ones. According to the last census in 2011, Scheduled Castes comprise 32 percent of Punjab’s total population, of which, one-third are Dalit Sikhs. Channi’s appointment has also significantly reduced the possible impact that the Shiromani Akali Dal (SAD) and Bahujan Samaj Party (BSP) alliance will have in the next election. Channi is also said to be close with the crusading Punjab Pradesh Congress Committee (PCC) president, Navjot Singh Sidhu. The Congress has also managed to prevent any backlash by appointing two deputy CMs, one from the Jat Sikh and another from the Hindu community.

Even though this has not helped the Congress’ brand of appeasement politics, it is safe to say that the party has hit the bull’s eye for once. “The Congress encourages factionalism,” says Amitabh Tiwari, a political strategist, analyst and commentator. He explains: “The high command of the party encourages internal fighting and competition within leaders, which is a pattern in all the states where they are in power, be it in Punjab, Rajasthan or Chhattisgarh. They do not want absolute leadership in any of the states so that no one can challenge their own [here, the Gandhis’] leadership. It is a deliberate strategy.”

When asked whether the party has shown its support for PCC president Sidhu’s faction with Channi’s appointment, Tiwari said, “Sidhu is the biggest loser with this move. Congress can’t remove Channi if it comes to power next year. Channi is not Sidhu’s man anymore, and if he is, he won’t be for long.” The analyst gave the example of Sushil Kumar Shinde for contrast. “We need to understand the context. The Congress could remove Shinde from Maharashtra and appoint Vilasrao Deshmukh as CM again because it was in power at the Centre. They made Shinde the governor of Andhra Pradesh and then made him a cabinet minister during the Manmohan Singh government, thus, preventing any backlash,” explains Tiwari.

We need to educate ourselves as a people and vote on political beliefs instead of agendas. However, the luxury of representation is inviting, especially to those who have had to be sans it for a long time. “Caste is central to India’s politics, and that is the harsh reality… people identify with it,” says Tiwari. People identify with the leader who belongs to their community and believe that they will represent their interests or at the very least protect them. “Yeh humari jaat ke hai…” There is a sense of belonging and symbolism, and historical or not, politics functions on symbolism. Tiwari explains, “People take pride in having Modi as their PM because they can identify with him. Kyunki yeh humare beech ka aadmi hai.”

People’s socio-economic status also makes a difference. Since it is largely based on caste, “the complex interplay” of the two defines the politics of the country. Therefore, the logic of the larger benefit of the country becomes secondary.

Can We Rise Above Caste Politics?

As long as people continue to feed into the caste narrative, politicians will keep feeding them with it. Even in the case of Punjab, no matter who stays in power it has been a constant place of conflict. The Sikhs constitute the majority in the state, but a minority in the country. The Dalit population also comprises several sub-groups. Even if Channi is projected as the Congress’ CM candidate in 2022 and he manages to get the votes of the Ramdasia community to which he belongs, his candidature does not guarantee the party the Ravidasi or the Valmiki votes.

Tiwari questions, “We need to ask ourselves, are we Indians first? Or a Dalit or Hindu or Sikh?”

The Bharatiya Janata Party’s chances at getting elected in Punjab are laughable, with the farm laws agitation still going strong. But that is still a policy issue. How do we rise above the caste issue? A 2018 study by the Azim Premji University, conducted across 22 assembly constituencies in eight states, found that 55 percent of Indians would choose to elect a political leader who belongs to their caste.

Aspirational politics, along with the rising rate of literacy can pave a way out of this. “Cutting across caste and party lines, development and unemployment are top issues for all youths, which is why they will vote accordingly. It is a generational change which could take up to two more generations, but it will happen gradually,” says Tiwari. As the strategist highlights, just one strategy does not work. What works for one section may be objectionable to another.

Religious identities in India have always overshadowed caste identities. Yet caste holds more power over the majority of the Indian people’s political choices. Although there has been a considerable change with the youth getting involved in policymaking and political parties also projecting younger leaders, it is time we take responsibility and stop conforming.

Informed decision making could not only prove to be a ticket out of the quicksand of caste politics but also encourage our leaders to cater to the country’s needs instead of our whims.

Also read: Is The BJP’s Stand On Appeasement Politics Hypocritical? 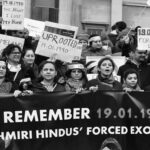 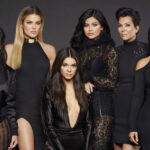 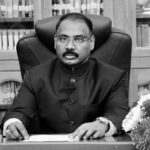