It’s been more than 60 years since dowry was made illegal in India, however, the social evil is still in practice in Indian society – directly or indirectly. One of the worst misogynistic crimes in India, dowry continues to be the cause of unimaginable torture and crimes against women.

This ancient practice is seen across the country, with Rajasthan being among the worst affected states. As per latest data, dowry-related harassment and torture comprises the maximum crimes against women is the northwestern Indian state.

Recently, a tragic incident of the suicide of three sisters has not only shocked Rajasthan, but also thrown light on the cruel dowry violence systemised against women. The three sisters, who were found dead in a well in a village near Jaipur, had married three brothers, and were living under the same roof.

All three sisters were victims of heinous dowry crimes, and were often beaten up by their husbands and in-laws. One of the sisters, who allegedly left a WhatsApp status in stead of a suicide note, blamed family members for their deaths and said, “It is better to die once and for all than die every day.”

Sardar Meena, the father of the victims, told the news agency AFP that his daughters were subjected to constant harassment, and that he regretted marrying them to greedy people. Meena, who is the father of six girls, said that he has provided beds, television sets and a refrigerator to the groom’s family. “There is a limit to how much I can give,” he said.

In another horrifying story from Rajasthan’s Bharatpur, in April, a man allegedly gang raped his wife along with his relatives, just because he did not receive Rs 1.5 lakhs from her family. The man filmed the video of the incident and threatened to upload it on social media if his wife failed to get money from her father.

Last month, in May, a 21-year-old newlywed woman died by suicide in Rajasthan’s Tonk after, reportedly, being tortured by her in-laws for dowry. The victim’s father alleged that his daughter’s husband called him and asked to take her home if he fails to give the dowry amount asked.

These are the three big dowry-related incidents in the last 100 days, in Rajasthan, that have led to deaths of women, but incidents like verbal abuse, harassment and domestic violence can be seen on a regular basis in both rural and urban society, due to the deep-rooted societal ill in the state.

Who Is Responsible For Dowry?

Our governments and our society are both responsible for the persistence of this social evil. A large chunk of people in Indian society still support the dowry system. Lack of awareness , due to which women fail to oppose the practice of dowry in their families, is also one of the factors.

The government seems to have policies for women empowerment only on paper, including the Centre’s noble idea ‘Beti Bachao, Beti Padhao’, which seems to have failed in achieving its objectives.

In the so-called upper caste society of Rajasthan, dowry is not just a custom or an old practice that is still prevalent, but it is a means of denoting the families’ social status. Often rich families from the bride’s side give huge sums of money, cars, bikes, gadgets, jewellery, and movable or immovable properties to the groom’s family, as a show of display of their rich status in society.

Interestingly, today’s “modern upper caste society” in Rajasthan takes dowry from the girl’s family very secretly. This is called the Bandh Peti, which is a bag full of cash, given without publicly revealing the amount it contains. Supposed to be a secret deal between two parties, the practice is ironically understood as a friendly gesture towards the groom’s family, or showing love towards the daughter.

Rich families from the bride’s side are often equally responsible for the dowry system to have lasted, as many believe that giving away money and properties in the name of their daughters earns them dignity and pride in society. The dowry also depends on the groom’s education, his job and facilities at home. Groom’s parents often demand dowry if their son has a good job and earns a good salary.

Government officials, politicians and local leaders often attend these wedding functions as guests, and don’t see the need to oppose this system despite knowing the facts.

According to the latest National Crime Records Bureau (NCRB) report, at least 19 women died every day in 2020, due to harassment of dowry. The report says that a total of 6,966 dowry-related deaths were reported throughout the year.

Last year, the World Bank said in a report that 95 percent of 40,000 marriages in rural India, between 1960 and 2008, saw instances of dowry, directly or indirectly. The report says that practice can be seen across all religious groups in India, although the Christian and Sikh communities rank higher in dowry demand compared to the Hindu and Muslim.

According to data shared by the Rajasthan Police, crime against women increased in the state during the pandemic. Nearly 23,000 cases of atrocities against women were reported last year in Rajasthan, most of which were related to dowry-related murder, suicide, and harassment.

Apart from dowry-related incidents, the current Rajasthan government has miserably failed in terms of providing protection to women. According to NCRB data, Rajasthan registered the highest number of rape and attempt to rape cases in 2021. The data says that a total of 6,337 rape-related cases were reported in 2021, increasing by 19.34 percent from 2020. 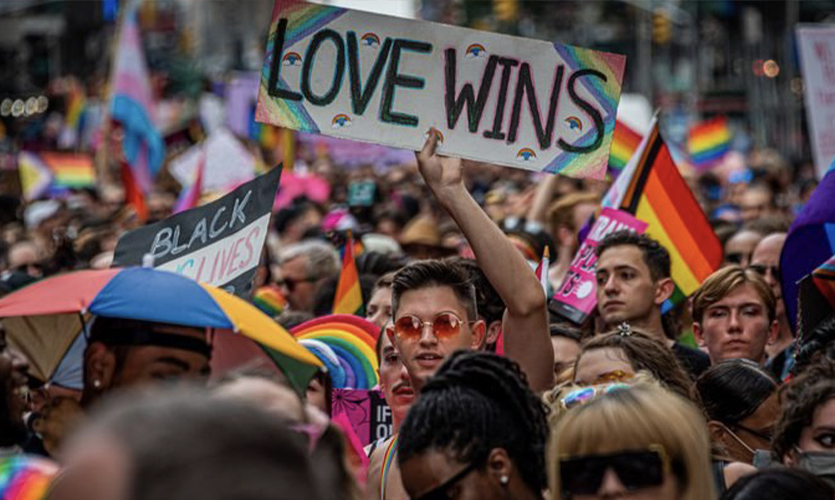