An Oxfam International study has revealed that the richest 1 percent of Indians owned more than 40.5 percent of the country’s wealth in 2021, while the bottom half of the population (700 million) owned around 3 percent.

It added that between November 2019 and the beginning of the pandemic, billionaires in India saw their wealth surge by 121 percent, or Rs 3608 crore per day (around Rs 2.5 crore every minute).

Rights group Oxfam International revealed the data in a report – ’Survival of the Richest: The India story’ – published on the opening day of the World Economic Forum Annual Meeting in Davos, Switzerland, which illustrates the disparity.

As per research, in 2022, the richest individual in India had a 46 percent increase in his fortune. This billionaire’s unrealised profits between 2017 and 2021 may well be taxed at 20 percent all at once, potentially collecting Rs 1.8 lakh crores. “This is enough to employ more than five million primary school teachers in the country for a year,” said the report. Oxfam India has urged Union Finance Minister Nirmala Sitharaman ‘to end this obscene inequality’ and implement progressive tax measures such as wealth tax in the upcoming Union Budget.

Oxfam India is supposedly a grassroots organisation of people seeking to abolish prejudice and build a free and just society. Reportedly, it aims to guarantee that Adivasis, Dalits, Muslims, and women and girls live in secure, violence-free environments with the freedom to express themselves, equal chances to achieve their rights, and a future free of prejudice.

Oxfam India CEO Amitabh Behar expressed his concern over the growing disparity between the affluent and poor. He said, “While the country suffers from multiple crises like hunger, unemployment, inflation and health calamities, India’s billionaires are doing extremely well for themselves. The poor meanwhile in India is unable to afford even basic necessities to survive.”

According to Behar, who added that the time has come to tax the rich and guarantee they pay their fair share, the country’s marginalised – Adivasis, Dalits, Muslims, women, and informal sector workers – continue to suffer under a system that guarantees survival of the wealthy. He said that when compared to the affluent, the poor pay disproportionately greater taxes and spend more on necessary commodities and services. “We urge the finance minister to implement progressive tax measures such as wealth tax and inheritance tax which have been historically proven to be effective in tackling inequality,” he added.

According to the study, a nationwide survey conducted by the organisation Fight Inequality Alliance India (FIA India) in 2021, indicated that more than 80 percent of Indians support taxing the wealthiest and firms that made record profits during the COVID-19 outbreak. “More than 90 percent of participants demanded budget measures to combat inequality such as universal social security, right to health and expansion of budget to prevent gender-based violence,” it added.

“It’s time we demolish the convenient myth that tax cuts for the richest result in their wealth somehow ‘trickling down’ to everyone else. Taxing the super-rich is the strategic precondition to reducing inequality and resuscitating democracy. We need to do this for innovation. For stronger public services. For happier and healthier societies,” said Gabriela Bucher, the executive director of Oxfam International.

Oxfam International further encouraged the finance minister to enact one-time solidarity wealth taxes and windfall taxes to put a stop to crisis profiteering. The organisation also called for permanent increases in taxes on the wealthiest 1 percent, particularly on capital gains, which are taxed at lower rates than other types of income. It also proposed inheritance, property, and land taxes, along with net wealth taxes. Oxfam has advocated for increasing the health sector’s financial allocation to 2.5 percent of the GDP by 2025, as envisioned in the National Health Policy, in order to revitalise the public healthcare system, minimise OOP spending, and promote disease prevention.

The organisation also stated that it should increase the budgetary allocation for education to the worldwide benchmark of 6 percent of the GDP, as pledged in the National Education Policy. Oxfam said that to accomplish the 6 percent target, the government must develop a year-by-year budgetary plan.

The organisation suggested that spending more on initiatives such as pre and post-matric scholarships aimed at enhancing the educational standing of students from underrepresented groups (SC/ST/girls), and ensuring that employees in the official and informal sectors are paid the federally mandated minimum wage, would help in reducing the educational gap that already exists. “The minimum wages should be at par with living wages which is essential to live a life with dignity,” it added. 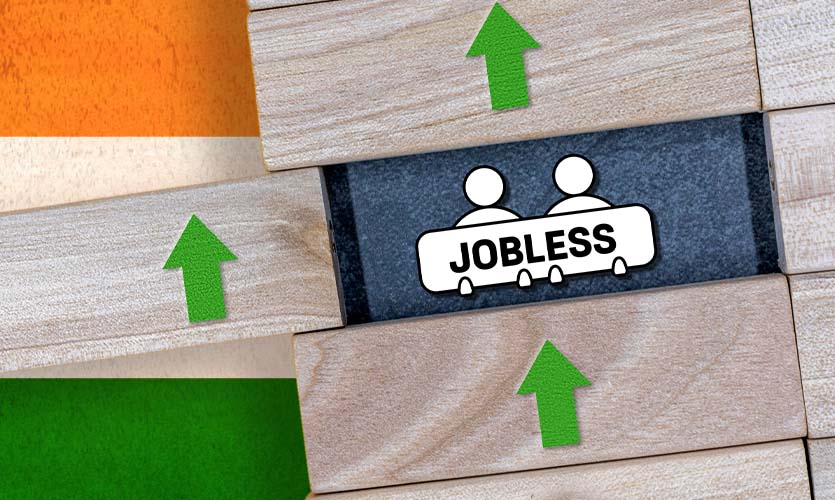 Unemployment In India Rose To 8.3 Percent In December: CMIE