Is The Funding Boom In Startup India Sustainable?

When the pandemic hit India in March 2020, its impact on businesses across all sectors was a matter of concern for many, particularly in the startup ecosystem, predicted to be the most vulnerable. As anticipated, March saw the funding for Indian start-ups crash. Investments fell by 81.1 percent to $0.33 billion in March 2020 from $1.73 billion in March 2019. Further, there was a fall of 50 percent in the number of companies funded – 69 firms in March 2020 – compared to 136 firms in March 2019. This led the Small Industries Development Bank of India (“SIDBI”) to start a ‘COVID-19 Start-up Assistance Scheme‘, a means to provide assistance to startups that proved their innovative capabilities by maintaining business continuity and employee safety during the COVID-19 crisis.

A survey by the Federation of Indian Chambers of Commerce & Industry (FICCI) of 250 startups  in July 2020 revealed that 70 percent of startup businesses have been impacted by COVID-19, 12 percent have shut operations and 60 percent are operating with disruptions. The bleak forecast and persistent uncertainties left many Venture Capitalists (VC) to advise startups to delay innovative product launches, conserve cash and avoid outdoing the competition.

According to the Economic Times’ survey of 2020- 2021 tabled in parliament, the government had recognised 41,061 startups as of December 23, 2020. While the report did not disclose details, it stated that 39,000 startups had reported 4,70,000 jobs. In recent years, the government has taken countless steps to support the startup ecosystem such as broadening the definition of startups, simplifying regulations, providing income tax exemptions and setting up a ₹10,000 crore Fund of Funds for startups operated by the SIDBI. SIDBI had also committed ₹4,326.95 crore to 60 Securities and Exchange Board of India (SEBI) registered Alternative Investment Funds (AIFs) startups, on December 1, 2020, The government also introduced the Startup India Seed Fund Scheme (SISFS) and Startup Yatra, an initiative by Startup India, to ensure the startup ecosystem did not suffer during the pandemic.

The Second Coming Of Indian Startups

India is often lauded as the third-largest startup ecosystem in the world. The rise of startups is broadly related to the rise of Indian IT companies, large talent pool, increased consumerism and availability of capital. According to Ambassador to the US Taranjit Singh Sandhu, the rapid adoption of smartphones in recent years, the explosive growth of inexpensive internet services, and recent reforms to push digital finance have given further impetus and a new generation of ambitious entrepreneurs. India is home to 21 unicorns valued at $73.2 billion. According to some estimates, more than 50 ‘soonicorn’ startups might join the unicorn club as early as 2022.

Despite being hit by one of the worst second waves of the pandemic, growing unemployment and a dwindling economy, Indian startups continued to hit records. In April, news of the birth of six new unicorn startups (Groww, Gupshup, API Holdings Pvt, Mohalla Tech, Meesho and Cred) with a valuation of $1.55 billion or more broke out within a span of four days. India saw 13 unicorns emerge in the first five months of 2021 as compared to 11 unicorns during the entire 2020. Many VCs and money managers in India predict the rise of more unicorns by the end of the year, which compared to previous years is a rarity.

A Radical Change In Funding Landscape

Global investors such as the New York-headquartered Tiger Global – an aggressive funder responsible for the rise of many recent unicorns, Japan’s SoftBank Group Corp. and South Africa’s Naspers Ltd., have seen a growing opportunity in the country’s startup scenario. Data from US-based research firm PitchBook shows that startups raised total investments of $7.8 billion in the first four months of this calendar year, which is almost 70% of the overall corpus of $12.1 billion raised in 2020 and more than 50% of $14.2 billion raised in 2019. Previously, big-time investors in India invested in growth-stage and late-stage startups, pouring record amounts of capital into the world’s second-largest internet market. Tech crunch reported an increase in early-stage companies who have benefitted from the funding boom. More than 70 early-stage Indian startups are currently in talks to raise money. The size of the investments varies from a few million dollars to up to $100 million.

India often shuffles along behind the US and China, in the amount of venture capital money invested in startups. The total value of deals in 2020 was $11.8 billion, compared to $143 billion in the US and $83 billion in China. However, the increased funding and rise of startups have signalled the potential in India. The matured markets of the US and China are already dominated by big contenders. The maturing market nature and the global fallout with China have played a role in driving the funding frenzy in India. The sheer size and rising internet adoption gives startups a huge TAM (total addressable market) to play in.

Retaining talent was a key cause of anxiety during the first wave of the pandemic. Startups were advised to include pay cuts and hold back on bonus instead of firing staff. The bleak nature forced 68 percent of the startups to cut down their operational and administrative expenses. Close to 30 percent of the companies stated that they would lay off employees if the lockdown was extended. However, the recent funding boom has led to inequity in tech hiring, with companies spending VC money on a 2-3x market rate for early career employees. There has also been a debate on Zerodha founder Nithin Kamath bagging a 100 crore salary, leaving much to be said about the creation of unsustainable hiring practices.

Read more about the inconsistent country-wise legality of cryptocurrency

Will The Hype Sustain?

The dramatic surge in funding and government push has helped establish India as a machine churning out billion-dollar startups. However, it is important to question whether this funding boom is sustainable in nature. It is clear that capital is not the biggest competitive advantage anymore, people are. However, it is imperative to focus on maintaining standard sustainable hiring practices in order to allow companies to ride through the ups and downs of the business world in a stable manner, with a focus on continuous long-term growth.

According to CNN, another concern lies in the seemingly endless fundraising cycles, which may eventually produce diminishing returns. The involvement of big investors in early stage startups has made it hard for smaller firms to find new deals as these big investors aggressively push to close rounds by themselves. This has also created additional competition in the market. India’s startup ecosystem needs to start showing consistent profits and healthy exits for investors. Although large internet startups are rapidly growing in India, the majority of them aren’t profitable yet, and only some show signs of profitability in the near future. Some critics cite a possible startup valuation bubble while others believe the opening of markets post first wave of the pandemic has created a rise in demand and supply, urgency in investment and excitement for growth.

Profits are the key to companies going public in India today. The rapid rise of unicorns in India will require the Indian markets to open to Initial Public Offerings (IPOs). “By inflating valuations in the private market, you are postponing your ability to go into the public market,” says Karthik Reddy, co-founder of venture capital firm Blume Ventures. The rise of startup unicorns has proven India’s resilience and resourcefulness along with showcasing its strong pool of disruptors and innovators eager to solve problems and create value. Indian firms have to think about building a distinct playbook when they decide to adopt IPOs as it brings them in the public eye. This needs to be done sooner rather than later in order to build a sustainable startup ecosystem. 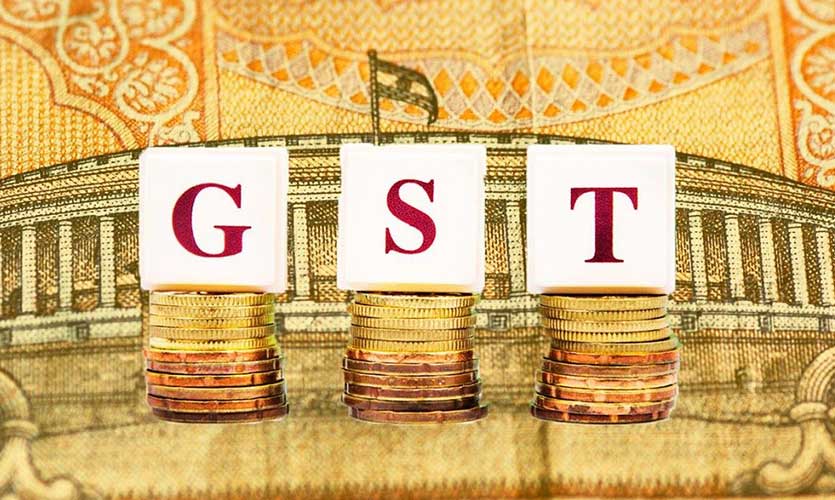 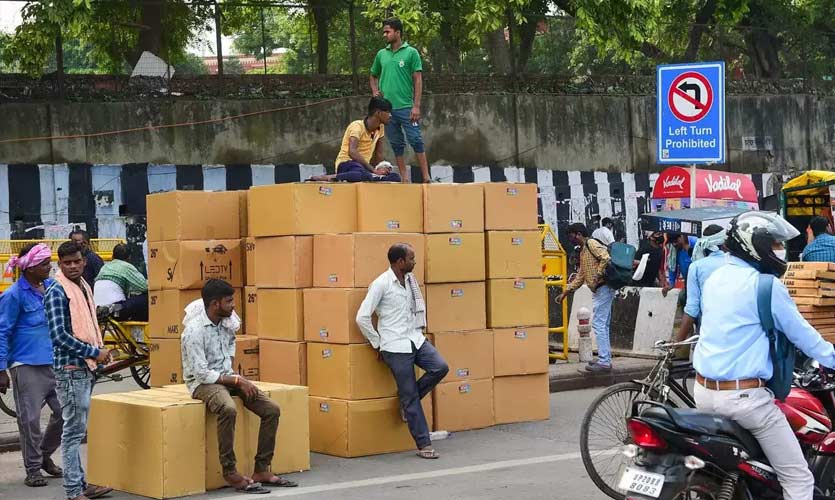 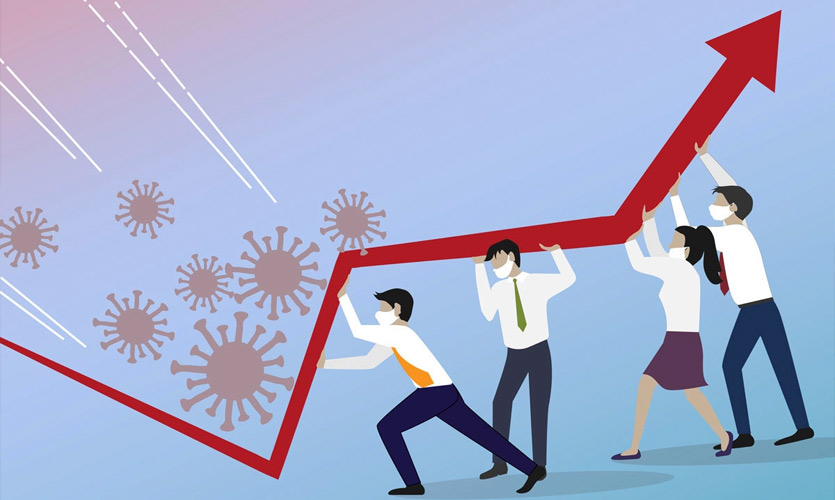