On Tuesday, as US House Speaker Nancy Pelosi started her contentious visit to the self-governing island that Beijing claims as its own, more than 20 Chinese military aircraft flew into Taiwan’s air defence zone, according to officials in Taipei.

Pelosi arrived in Taiwan on Tuesday evening, in defiance of a series of harsh and sharp warnings and threats from China, which have caused tensions between the two heavyweights to skyrocket. On Wednesday, China summoned the American envoy in Beijing to voice its objection. This came hours after US House Speaker Nancy Pelosi addressed the Taiwanese Parliament. It demanded that Washington stop using Taiwan as a means of Chinese containment, and warned that it would “pay a price” for its “mistakes”.

At a press conference in Taipei, Pelosi stated that the US supports the status quo but does not want anything to be forced onto Taiwan.  “We want Taiwan to always have freedom with security, we are not backing away from that,” she said. While speaking at a gathering next to Taiwan President Tsai Ing-wen earlier, Pelosi had said, “Now, more than ever, America’s solidarity with Taiwan is crucial, that’s the message we bring in today.”

She is the first high-profile US official to visit Taiwan in 25 years. Beijing has made it clear that it views her travel as a serious provocation, which has put the region on edge. Live broadcasts showed the 82-year-old Congresswoman being welcomed by Foreign Affairs Minister Joseph Wu at Taipei’s Songshan Airport, after arriving aboard a US military plane.

“Our delegation’s visit to Taiwan honours America’s unwavering commitment to supporting Taiwan’s vibrant democracy,” said Pelosi in a statement upon her arrival, adding that her visit “in no way contradicts” US policy towards Taiwan and Beijing. Taiwan claimed that the trip demonstrated Washington’s “rock solid” commitment.

In reaction to the visit, China’s military announced that it would “launch a series of targeted military actions” and that it was on “high alert”. It quickly made plans public for a series of military drills to start on Wednesday in the waters surrounding the island, including “long-range live ammo fire” in the Taiwan Strait.

China has promised to annexe the island, using force if necessary, and regards democratic, self-governing Taiwan as part of its territory. It opposes nations having diplomatic interactions with Taipei, and works to keep Taiwan isolated on the international scene. Chinese President Xi Jinping cautioned Washington against “playing with fire” on Taiwan, during a phone discussion with US President Joe Biden last week.

Although a trip in Taiwan is reportedly opposed by the Biden administration, Pelosi is free to go anywhere she pleases, according to White House National Security Council spokesperson John Kirby. “There is no reason for this to erupt into conflict. There’s no change to our policy,”  he said on CNN, shortly after Pelosi arrived. Newt Gingrich, former Speaker of the US House of Representatives, last travelled to Taiwan in 1997.

This entails backing its self-governing government but diplomatically recognising Beijing as Taipei’s superior and opposing either a formal declaration of independence by Taiwan or a coercive takeover by China. Moscow declared that it was “completely in sympathy with China”, and described the idea of Pelosi’s visit as “pure provocation”. China has refrained from denouncing Russia’s invasion of Ukraine, and has been accused of acting as the Kremlin’s diplomatic front by criticising Western sanctions and weaponry transfers to Kyiv.

After meeting with Foreign Minister Saifuddin Abdullah and Prime Minister Ismail Sabri of Malaysia, Pelosi left Kuala Lumpur on Tuesday. On FlightRadar, there were so many people following the US military jet carrying her that the service reported that some users were experiencing problems. Before ascending towards the Philippines east coast, the aircraft took a detour that skirted the South China Sea, as claimed by Beijing.

The press coverage of Pelosi’s visit has been strictly controlled, and has only included a few brief remarks confirming talks with authorities. Although South Korea and Japan are on her itinerary, the thought of visiting Taiwan captured everyone’s interest.

Taipei’s administration has remained mute over her visitation plans even after information started slipping out. The famous Taipei 101 tower in the city was lit up with the words “Speaker Pelosi… Thank You” on Tuesday night, an hour before Pelosi’s plane arrived.

The 23 million residents of Taiwan have long faced the prospect of invasion, but it has grown more pressing under Xi Jinping, China’s most forceful leader in a generation. According to Bonnie Glaser, head of the German Marshall Fund’s Asia programme, it is “low” given that Beijing will decide to go to war.

“But the probability that… (China) will take a series of military, economic, and diplomatic actions to show strength & resolve is not insignificant,” she wrote on Twitter.

The Council of Agriculture in Taipei said on Tuesday that China has stopped importing several items from Taiwan, including tea, honey, and some fisheries products. China also highlighted alleged legal violations regarding the visit. A rush of military action in the area, before Pelosi’s prospective visit, serves as a reminder of how explosive the Taiwan issue really is. 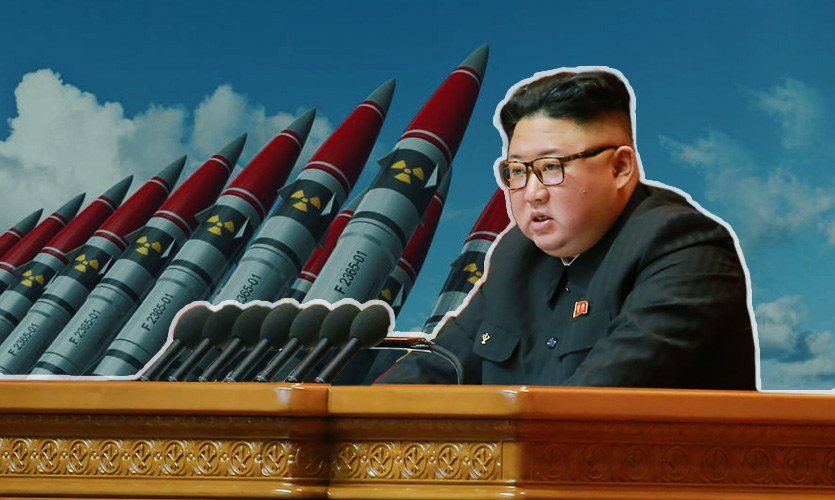