The European Union has been projecting itself as a credible champion of democracy. But Hungary and Poland seem to have created woeful distractions in the bloc’s narrative.

The constitutional basis of the European Union (EU) is the amended consolidation of different treaties into one – the Treaty of Lisbon. In works since 2001 and signed by EU member states in 2007, the international agreement was enforced in December 2009. The preamble of the treaty states that the heads of all member states aim to “complete the process started by the Treaty of Amsterdam and by the Treaty of Nice with a view to enhancing the efficiency and democratic legitimacy of the Union and to improving the coherence of its action”.

How Are Hungary And Poland Creating Growing Pains For The EU?

One of the most fundamental changes incorporated in the new treaty was amending the unanimity clause. It addressed concerns of more populous countries being able to block decisions agreed upon by the vast majority, by introducing the concept of qualified majority voting and a blocking minority. Under these, if certain conditions were met, less populous countries could also block a decision not agreed upon. However, some policy fields such as Union membership, finances, foreign policy, security policy, defence policy, and other institutional issues remain subject to unanimity.

Recently, Hungary and Poland have been reprimanded by the EU for undermining the rule of law, which forms an integral part of the Treaty on European Union and is essential to maintain harmony within the Union. According to the European Commission, “The core of the rule of law is effective judicial protection, which requires the independence, quality and efficiency of national justice systems.” The rule of law mechanism and framework in place ensure accountability and compliance of the member states. As per the rule of law reports published in July, Hungary and Poland are the biggest offenders, threatening judicial independence in their countries. Other EU countries such as Austria, Bulgaria, Malta, Slovenia and the Czech Republic have similar problems but garner little attention. While Poland’s justice system has been under serious threat, Hungary has been named in the Pegasus spyware controversy, apart from also allegedly curbing the freedom of the press. As a France 24 report published in July states, “Both countries have clamped down on freedoms of speech at universities, driven out left-wing think tanks and NGOs and kept a tight surveillance over the media and the judiciary while ignoring attempts by the EU to rein in their actions.” The countries are under formal EU investigation.

The rule of law prioritises the EU’s democratic fundamentals, also upholding its undebatable condition of judicial independence within each member state. The most recent example being the release of COVID rescue funds, which is conditional on the state of the judiciary for most member states. In a questionable move earlier last month, Italy fast-tracked its criminal justice reform, as the acquirement of its COVID recovery funds is contingent on the country speeding up its justice process. In contrast, Hungary and Poland blocked the passing of the EU budget plan last year, effectively delaying its adoption and the process of releasing funds for COVID recovery.

Moreover, earlier this year, the two countries filed a complaint with the European Court of Justice against the EU, for linking the release of funds to member states’ compliance with the rule of law, challenging its mechanism. “We believe that such solutions do not have a legal basis in the Treaties, interfere with the competences of the member states and infringe the law of the European Union,” said the Polish government’s spokesperson, Piotr Mueller. The Polish government’s statement read: “The EU has no competence to define the concept of ‘the rule of law’ or to lay down the conditions for assessing compliance with underlying principles.” Further, Hungary’s Justice Minister Judit Varga added, “We can’t keep that EU legislation in force, which seriously infringes legal certainty, thus, as we promised last year, we are challenging the rule on conditionality before the Court of Justice of the EU, together with Poland.” While the countries were initially also opposed to the budget plan, they agreed to it provided the rule of law mechanism was reviewed, which could reportedly take up to two years.

The countries, specifically Poland was an eager addition to the EU bloc. Hungary under the far-right Prime Minister Victor Orbán, and Poland under the right-wing national-conservative party Prawo i Sprawiedliwość (PiS), have taken a path leading farther from EU ideologies. While their agendas might appear nationalistic in trying to protect their countries from the bloc’s influence, they should not be mistaken to be so. Restriction of LGTBQ rights and education (Hungary), and baseless dismissal of judges (Poland), seldom contribute to upholding patriotism for one’s nation. Their gradual slide into alleged authoritarianism may be presenting a fair warning to the bloc, of what’s to come.

Hungary and Poland’s exits from the EU have been highly contemplated in recent months. While their exit is a worst-case scenario for the EU, it will be that much more complicated as compared to Brexit. However, the assumption that the two countries would have little to gain from an EU exit may not be accurate.

Like many other member states, Hungary and Poland are part of Beijing’s 16+1 initiative (originally 17+1) under its Belt and Road Initiative. The countries are both important allies of China in the region. “Beijing has been eager to partner with European countries that want to keep their foreign policy options open,” says Geopolitical Futures COO Antonia Colibasanu in her report. While Poland has reportedly been a popular destination for Chinese investments. However, since the EU requires that certain environmental and transparency standards be maintained, the sum does not match the amount earmarked by China for the Western Balkan region.

Hungarian Prime Minister Orbán has a long history of being a successful strategist, getting the best of both sides. While it is notably China’s closest European ally and earns points at home by openly defying and criticising Brussels, it is also the second-largest beneficiary of the EU budget every year. Noteworthy, since Lithuania’s exit from the formerly 17+1 initiative, several other EU members such as Bulgaria, Estonia, Latvia, Romania and Slovenia have also indicated their disappointment.

China’s presence in the region does not come close to that of the EU or the US. Nevertheless, the growing presence of a socialist and communist global superpower has a greater chance of driving Hungary and Poland’s authoritarian patterns, creating a significant impediment for the EU’s agendas.

Also read: Why Does Italy Need To Be Wary Of Mario Draghi? 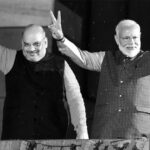 Is The BJP’s Stand On Appeasement Politics Hypocritical? 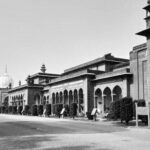 Are India’s Educational Institutes Being Leveraged To Forward Political Agendas? 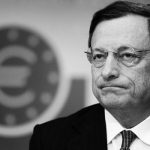 Why Does Italy Need To Be Wary Of Mario Draghi?