The kite festival, also known as Uttarayan in Gujarat, is one of the many colourful and vibrant festivals important to the state, marking the end of winter and symbolising the return of the sun to the northern hemisphere.

This year, the annual International Kite Festival was hosted in Ahmedabad after a break of two years, from January 8 to 14, organised by Gujarat Tourism on the G20 theme ‘One Earth, One Family, One Future’.

The festival arena at the Sabarmati Riverfront has been crowded all week, with music blaring on the speakers, as is characteristic of Ahmedabad during Uttarayan. Many stalls of colourful handicrafts from different sectors such as Surat, Morbi and Kutch, adorned with the place’s typical works, also graced the festival, which is culminating today. The riverfront has been brimming with families, college students and kids enjoying the event, wanting to look at the beautiful and unique kites flown by enthusiasts from all over the world.

The event was very well organised with medical support, food stalls, water stations and many other useful facilities provided. The event also shone a spotlight on the history of kites.

Despite the stalls being extremely populous, the main arena has very few people during the day as the kitists retreat into their assigned tents when the wind is not on their side. There were tents lined up for kite enthusiasts from different countries such as Columbia, Belgium, Georgia, Cambodia, Iraq, Saudi Arabia, France and many more, along with those from other Indian cities.

Natalie, a kite enthusiast from Georgia keenly praised the organisation. “The field here is good and the way the event is organised is very good. We have proper security, water arrangement and many other facilities which have made it very comfortable. Only one problem, it is not windy everyday,”she remarked.

“For a lot of people who come to this kite festival from other countries, it is like art. For some people art involves works such as painting and for others making kites is art as it is colourful, has strange folds and it is very beautiful and interesting,” she further added.

It was astonishing to see such unique kite designs that enthusiasts brought to the event, from a huge football shaped kite to a snake-like one, to beautiful geometrical shapes, intricately designed.

On being asked about the kite festival in France, Ines said, “There, it’s less of a culture and people do it more for fun or sports. But here it’s definitely cultural and it is very close to people’s hearts. For people like us who are really passionate about kites, it feels very nice to be surrounded by people who love it as much as we do.”

While looking at the Cambodia tent, it was impossible to not catch their vividly painted and huge kites. There was one with a temple painted on it that surely turned heads, and another showing dolphins in the sea.

Sophia, a kitist from Columbia, shared the kite flying experience in her country. “I have been flying kites since I was a girl. The kite festivals in Columbia are smaller and they are different because our wind and weather are different than yours and we fly many traditional kites in Columbia. Back at home, we fly kites that are long and colourful and have tails.”

“We don’t have competitions as our kites are made of fabric and have weeks or even months of work. We have our own traditional art and culture and the festival is similar with people around but at a smaller scale. This is a huge space for us,” she added.

The festival was inaugurated by Gujarat Chief Minister Bhupendra Patel last Sunday. More than 800 enthusiasts from all over the world and across India have participated in the event. “Kite is a symbol of progress, development and flight. Under the leadership of Prime Minister Narendra Modi, Gujarat’s kite of development is achieving new heights. The local festival of Gujarat has become an international attraction,” stated the CM.

The unique aspect for this year was the attempt made by the international kitists to create a Guinness World Record for the maximum number of kite flyers, by flying their kites at the same time.

Read more: Ranwar, The Forgotten Indo-Portuguese Haven In The Heart Of Mumbai 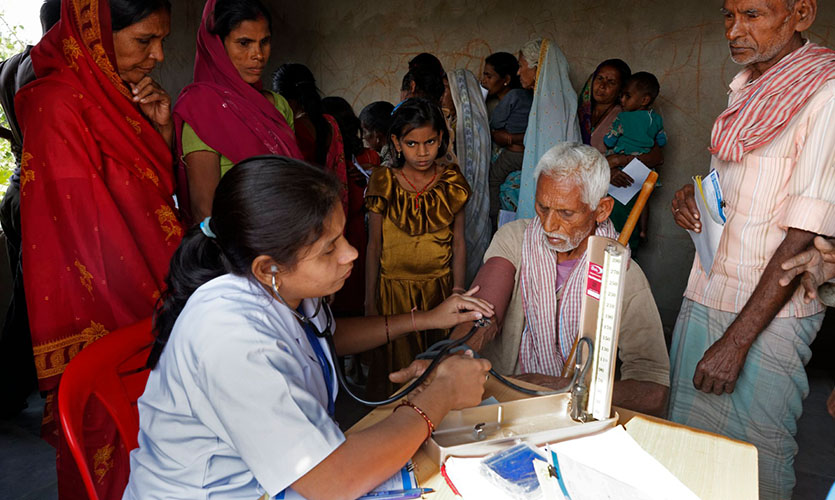