On Tuesday, the BJP-led National Democratic Alliance named Droupadi Murmu as its presidential candidate. The 64-year-old leader from Odisha could become the second woman, and first tribal community leader to be elected as the President of India.

Who Is Droupadi Murmu?

Murmu has many firsts to her name as a grassroots politician. She was the first woman and tribal leader from Odisha to be appointed as governor of any state. She is an alumna of Rama Devi Women’s College, now a university in Bhubaneswar, and holds a bachelor’s degree in arts. Murmu served as the governor of Jharkhand from 2015 to 2021, becoming the first member of the tribal community to serve at the post.

She served in the Biju Janata Dal (BJD) cabinet in Odisha when Navin Patnaik established the government with the BJP’s backing. The NDA candidate has the support of the BJD. In the Odisha CM’s council, Murmu handled the ministries of commerce and transportation from 2000 to 2002, and fisheries and animal resource development from 2002 to 2004. In 2007, she was named the best legislator.

What’s In It For The BJP?

Murmu’s selection as the presidential candidate could seriously affect the opposition’s chances. It would find it difficult not to support her as she was the governor of Jharkhand, a tribal majority state ruled by the Jharkhand Mukti Morcha (JMM), a partner of the UPA.

As part of the opposition, the JMM is expected to back Yashwant Sinha in the race for president, as the joint opposition candidate. However, as a former governor of Jharkhand, Murmu enjoys a cordial relationship with the state’s government, which puts the JMM in a bind.

Murmu had thwarted the former BJP government’s intention to change the land tenancy laws in Jharkhand, in 2017. The legislation to alter the Chota Nagpur Tenancy (CNT) Act and the Santhal Pargana Tenancy (SPT) Act have been returned by her. The planned changes to the CNT and SPT Acts were fiercely opposed by Jharkhand’s tribal groups under the previous BJP administration.

By making this choice, the BJP hopes to increase its political influence in Odisha and make progress in Jharkhand, where it came in last in the 2019 polls.

This may be part of the BJP’s long-term political strategy. In the approaching assembly elections later this year, it may also gain short-term political advantages from Gujarat, the stronghold of Prime Minister Narendra Modi.  Moreover, this choice may help the BJP make gains in states like Chhattisgarh, where it lost ground in the most recent assembly election. 30 percent of Chhattisgarh’s population is tribal, according to the 2011 census. Opposing a tribal presidential candidate might prove costly to the current Congress administration led by Bhupesh Baghel.

In addition to this, the BJP is anticipating support from the action in Madhya Pradesh, where more than 20 percent of the population is tribal. It was extremely difficult for the BJP to win Madhya Pradesh in the most recent assembly election, and was only possible because of Jyotiraditya Scindia’s revolt, and the backing of other MLAs that allowed the BJP to overthrow the Kamal Nath-led Congress administration. In the contest stands Yashwant Sinha as the joint opposition nominee for the top position, a former Union minister who is not well-liked by the general public and does not account for caste well either. In a consensus vote held on Tuesday, he emerged as the candidate with the approval of the Congress, the NCP, the All India Trinamool Congress (TMC), CPI, CPI-M, Samajwadi Party, National Conference, AIMIM, RJD and AIUDF.

Who Is Yashwant Sinha?

Sinha was born in Patna on November 6, 1937, and served in the Indian Administrative Service. In 1958, he earned a master’s in political science from the University of California, Berkeley. As a member of the Janata Party, he participated in active politics in 1984, after quitting the IAS. The party  appointed him as the All-India General Secretary in 1986, and elected him to the Rajya Sabha in 1988. He served in Chandra Shekhar’s cabinet as the finance minister from November 1990 to June 1991. Additionally, he was a member of the Bharatiya Janata Party (BJP) from 1992 to 2018. His last position was that of the external affairs minister in the Atal Bihari Vajpayee government, from July 2002 to May 2004.

Sinha is widely credited for initiating several major reforms that put the Indian economy on a solid growth trajectory. These include lowering real interest rates, introducing a tax deduction for mortgage interest, deregulating the oil industry, freeing up the telecommunications sector, and supporting the National Highway System.  He joined the TMC in 2021, and became its national vice president.

What Are the Chances for Yashwant Sinha?

According to the Quint, Yashwant Sinha is not a bad candidate purely from the point of view of giving the BJP a fight in the presidential election. The Congress has been clever in backing Sinha, who will be seen more as a former BJP and former TMC leader rather than a Congress nominee.

The TMC, Left parties, and other anti-BJP parties like the RJD, SP, Rashtriya Lok Dal, and Janata Dal (Secular) are expected to endorse Sinha based on the parties engaged in the discussions that resulted in his candidacy. Given the ongoing unrest inside the party, there is still uncertainty surrounding the Shiv Sena.

The second aspect of choosing Sinha could be that the opposition thinks the only way to beat the BJP is by wooing its discontented voters. The ideological softening may also be interpreted as an endeavour to occupy a centrist zone large enough to include a former BJP leader. It may also be an attempt by the opposition to reach out to the “moderate BJP” supporters who want a “Vajpayee style of leadership”. 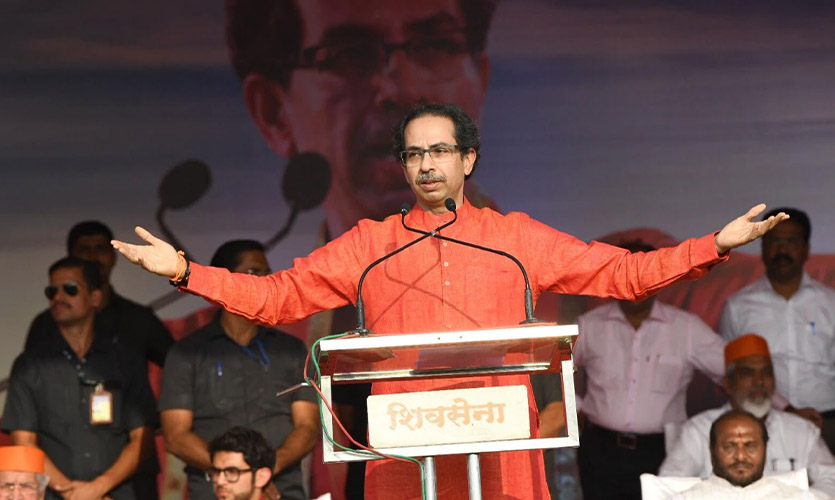