Contemporary Lawlessness Of The 74th Year Of Independence

The country is set to usher in the 75th year of independence on August 15. On August 11, the monsoon session of the parliament was concluded two days earlier because of the unprecedented, violent actions inside the Rajya Sabha.

India commenced the 74th year of independence last year while still battling the first wave of the COVID-19 pandemic. Although it started with touching record numbers of deaths, especially during the second wave this year, it is ending with achieving a record number of vaccinations against coronavirus. While there was a feeling of being in this together, and people were and have been trying their best to return to normalcy, the events that have ensued within the political machinery during this year are nothing short of shameful.

India has been at the forefront voicing the need for a free and autonomous nation since the Taliban’s ascent began in Afghanistan, following the US troops’ departure from the country last month. It is also presiding over the UN Security Council this month, a commendable feat, paving its path to becoming a permanent member of the council. In advocating for peace in Afghanistan, maritime security and other freedoms, the conversation about mounting suppression within India seems to have left the chamber.

Earlier this year, on March 15, the Government of National Capital Territory of Delhi (GNCTD) (Amendment) Bill, 2021 was introduced in the Lok Sabha. The Bill passed both houses by March 24, amending the GNCTD Act, 1991. The Act essentially made the Delhi-UT government and its legislative assembly answerable to the Lieutenant Governor (LG), a Centre appointed representative. While the assembly is free to make rules about procedure and conduct provided, they are “consistent with the Rules of Procedure and Conduct of Business in the Lok Sabha”, any administrative decisions and most bills must be referred to the LG or the President.

“The expression ‘Government’ referred to in any law to be made by the Legislative Assembly shall henceforth mean the Lieutenant Governor.”

No matter the differences, seemingly doing away with healthy conflict with a relevant opposition, even in the name of accountability, is a credible threat to democracy.

On April 20, 2021, the Reporters Sans Frontières (RSF), also known as the Reporters Without Borders released the World Press Freedom Index for 2021. While highlighting the global decline in press freedom, the RSF’s detailed report on the Asia-Pacific accused India of waging a merciless war against journalism. It alleged that India used cracked down on the freedom of the press, on some common pretexts. These include “sedition”, protection of “state secrets” and “national security”, and labelling journalists as anything from “anti-national” to “pro-terrorist”. As explained in an earlier column: The report remarks on the prevalence of pro-government mouthpieces in the media who promote party propaganda, and calls out the Narendra Modi-led Bharatiya Janata Party (BJP) government, insinuating that the party supporters and activists engage in “extremely violent social media hate campaigns [against journalists who dare to criticise the government] that include calls for them to be killed, especially if they are women”.

This was followed by the revelation of the Pegasus Project, the findings of which raised the issue of surveillance of not just the prominent politicians, officials and journalists of India but also of the common citizens. A 2019 report by the cybersecurity research website Comparitech had concluded that India ranks among the top three surveillance states out of the 49 developed countries analysed, third only to Russia and China. The investigation of the Pegasus spyware licensed by Israel’s NSO Group was carried out by the Paris-based non-profit journalism group Forbidden Stories along with Amnesty International with the help of 80 journalists across 16 media organisations around the world. It mentioned 50,000 numbers that could have been possibly targeted, including 14 heads of state around the world. According to the Guardian, the list includes the numbers of at least 38 Indian journalists.

A 2014 report by the World Wide Web Foundation about the state of India’s surveillance sheds light on the legal aspect: “Multiple Indian legislations, including the Indian Telegraph Act and Rules, Information Technology Act and Rules and the Code of Criminal Procedure, contain explicit provisions that allow Central and State Governments to intercept and monitor the nation’s communication networks on several grounds. These grounds are often broadly worded, with generous helpings of terms such as ‘security of the state’ and ‘public safety’ that are never defined with any manner of precision. This effectively grants the Government unsubstantiated access to India’s telephone and Internet networks to retrieve their contents at will.”

The recent crackdowns on social media giants such as WhatsApp and Twitter to comply with fresh IT norms that disregard the companies’ encryption and privacy laws follow this suit. The current government has been in constant defiance of the judiciary, be it regarding the Supreme Court’s 2017 ruling on the right to privacy, its reservations on the Aadhar project, or its May 2021 judgment where it upheld the 102nd Constitutional Amendment Act in the Marathas’ reservation case that affirmed only the Centre’s authority to draw up the OBCs and SEBCs lists. Taking advantage of their majority in the Parliament is one thing, but taking advantage of the Constitution, no matter its ambiguity or colonial borrowings is undemocratic. But, it is not new.

Braving possible allegations of being biased, we must term the Opposition’s lack of decorum throughout the Parliament’s monsoon session, as shameful and malicious.

During the now concluded monsoon session, the Lok Sabha’s productivity has been calculated to be 22 percent after functioning for 21 hours and 14 minutes, and the Rajya Sabha’s has been recorded as 28 percent after being in business for 28 hours and 21 minutes. Officials said that 76 hours and 26 minutes have been lost to the disruptions created by the various Opposition leaders. Last year’s monsoon session saw 167 percent productivity in the Lok Sabha and 100.67 percent in the Rajya Sabha.

According to Brut India, before this year’s session, the Parliament performed its worst in 2010 when the BJP was in the Opposition, protesting over the Congress’ involvement in the 2G scam. The Vice-president of India and Chairman of Rajya Sabha, M. Venkaiah Naidu while adjourning the session yesterday stated, “I rise in deep anguish to place on record the way this august House is being subjected to sacrilege and, that too, propelled by a sense of competition among some sections of the House since the commencement of this monsoon session.” Lok Sabha Speaker Om Birla also indicated that he was “extremely hurt” over how the parliamentary session had ensued.

The Opposition’s defence for its actions is that it needs to be heard, especially on the issues of Pegasus and the three farm laws. Post the passing of bills, the House was scheduled to hear all agriculture-related queries continuing the incomplete discussion started on August 10, presenting a golden opportunity for the Opposition to raise its questions and demands. This time was instead utilised by certain leaders to proceed to the well of the House, protesting the passing of other bills, and attempting to assault the secretary-general. This escalation was followed by marshals storming the Rajya Sabha for the security of those in the sanctum sanctorum, as explained by Rajya Sabha MP Prof. Rakesh Sinha of the BJP. The CCTV footage of the Rajya Sabha released on August 12 clearly shows a female marshal being mishandled and assaulted by members of the Opposition. According to ANI, the internal security report of the House states that MPs Phulodevi Netam and Chhaya Verma of the Congress “pulled and dragged” lady marshal Akshita Bhat. In her complaint to the Director (Security) of Rajya Sabha Secretariat, Bhat details that she suffered “multiple abrasions, swellings and haematoma (left shoulder) and twisted left wrist”, after Netam and Verma’s “deliberate and violent action”.

The Opposition has alleged that female MPs of their parties were assaulted by male marshals. In his statement on August 11, Sanjay Singh of the AAP described the marshals’ actions as the Centre hitting a new low. In her interview with News18 yesterday afternoon, TMC’s Dola Sen (who has also been accused of obstructing the way of Piyush Goyal, Leader of House and Prahlad Joshi, Minister of Parliamentary Affairs, who were “pushed” by her) named Priyanka Chaturvedi of the Shiv Sena, Chhaya Verma of the Congress and Shanta Chhetri of the TMC as the female MPs who were “bulldozed” by the male marshals. No tangible evidence has been produced by the Opposition to support these statements so far. Male marshal Rakesh Negi has also filed a complaint naming Shiv Sena’s Anil Desai and CPI-M’s Elamaram Kareem. Adding to the facts presented in the House’s security report, Negi accused Kareem of dragging and manhandling him, leading “to momentarily choking and suffocation”.

Apart from the obvious, general saviour complex of the patriarchal Indian society kicking in in defence of the women, the Opposition’s boycott of the democratic functioning of the Parliament by voicing violent concern for Pegasus and the farm laws seems to be a smokescreen. It seems reminiscent of the Centre’s decision of passing counter-productive transgender laws in the shadows of the reorganisation of Jammu and Kashmir and the abrogation of Article 370 in August 2019.

In contrast, both parties seemed to get along peacefully when the OBC Bill was called into question, with more than seven hours dedicated to its discussion. It should be noted that the OBC community forms about 40 percent of the vote bank in Uttar Pradesh which is due to hold state assembly polls in 2022.

So far, the obvious problem behind the conflicts within the country seemed to be the BJP’s lack of transparency and hurry to pass bills without due diligence, and the obvious solution to them seemed to be open dialogue.

The Opposition resorting to violence inside the highest institutions of India and justifying such actions as necessary, in turn, justifies the Centre’s practice. In allowing such behaviour to pass, the heads of all Opposition parties have not only forgone their chance to put forth their stand and the necessary questions but have also allowed the government’s actions to go unchecked. 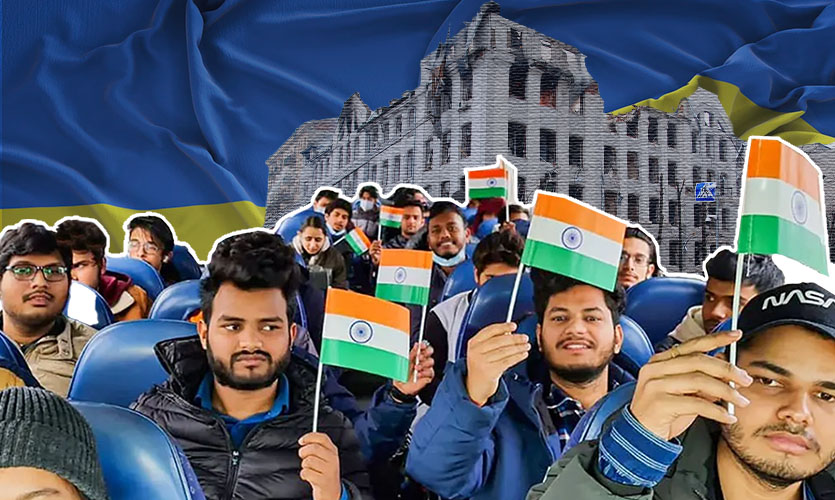 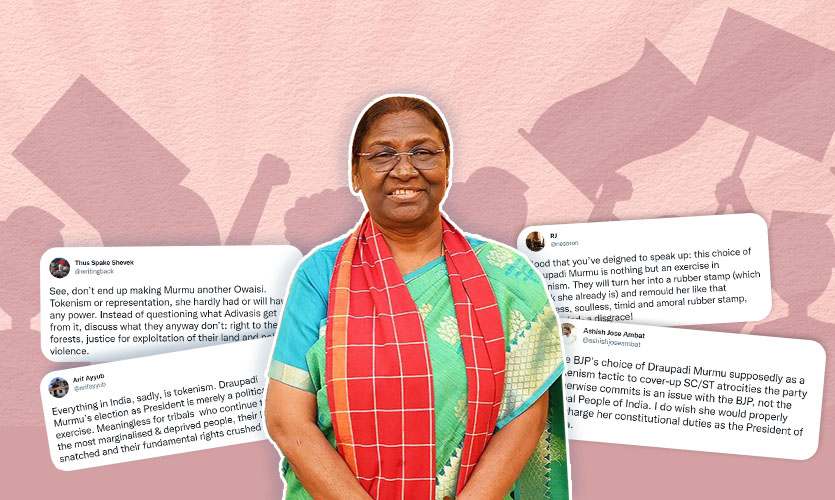 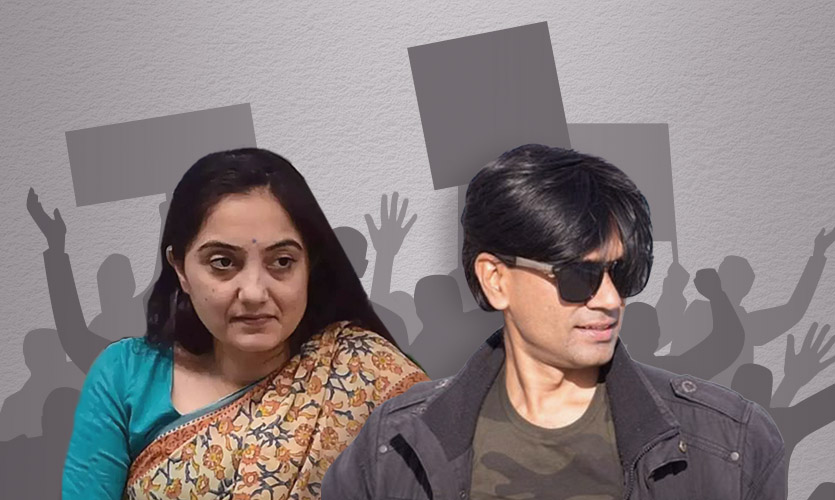