Emmanuel Macron’s re-election win as France’s president has not had a positive impact on the euro, as European share futures fell. The euro had initially opened higher, but fell by 0.34 percent against the dollar, to $1.07725, as it continued on its two-year low hit last week. However, it did rise to a one month high on the pound. On April 25, Euro Stoxx 50 futures fell by 1.75 percent in Asia, alongside falls in US futures and Asian shares. Experts suggest that investors’ fears about global growth outranked their relief about far-right candidate Marine Le Pen’s defeat.

Macron is the first head of state to win a second term in two decades in the EU’s second-biggest economy, particularly during the uncertain times of surging inflation and the possibility of a rapid withdrawal of central bank stimulus due to the ongoing war in Ukraine. Initially, investors were concerned about Macron’s small poll lead over the opposition, whose policies favoured nationalising key industries, slashing taxes and slashing France’s contribution to the EU budget. The outcome did not play in favour of Le Pen, with relief rallies for French and European assets displayed during Asian hours.

“There is a lot for markets to worry about at the moment and that is trumping the effect of Macron’s win,” said Rob Carnell, head of research for the Asia Pacific at ING, talking about US stocks’ poor performance on April 22, the decline in US futures on April 25, the escalating COVID-19 situation in China, and the lack of promise of an end to the war in Ukraine. “Macron had also extended his poll lead in the days before the election, so the outcome was not a huge surprise,” added Carnell.

On April 22, French stocks had closed 2 percent lower, while the Euro Stoxx 600 closed 1.8 percent down as rate-hike tensions weighed on global stocks. Bond markets were moving ahead of the election results, and the yield premium demanded by investors to either hold French 10-year bonds or European benchmark Germany, which is a key barometer of relative risks, had fallen to a three-week low of around 42 basis points since investors anticipated Macron’s win. Although bond markets could move further once trading starts later today.

Kasper Hense, a senior portfolio manager at BlueBay Asset Management, commented on how he expected the French/German yield gap to move 10 bps tighter. He noted that BlueBay had gone short on Italian debt on a view that markets were “a bit complacent” ahead of the election. “While over the medium term there will be some pressure on peripheral bonds, the immediate market reaction will be one of relief,” he said.

Experts suggest that French banks such as BNP Paribas, Societe Generale and Crédit Agricole, who rallied after Macron’s confidence displayed during a key TV election debate, could also see more gains today. However, in the medium term, plenty of risks await investors. “For French stocks, we could see a small relief rally. But after the knee jerk reaction, the focus will turn to the ECB and the rating outlook, and that will be a key driver for European stocks and bonds,” said Seema Shah, chief strategist at Principal Global Investors. Sources told Reuters that European Central Bank officials are keen to end bond purchases at the earliest opportunity, and raise interest rates as soon as July.

Read more: What Led To The Grave Economic Crisis In Sri Lanka?

There is increased focus on France’s June parliamentary election, where reforms will be implemented and the new president will need to secure a parliamentary majority. The election will have a significant bearing on future policy, so investors with specific French exposure may bide their time before taking a view. “Is the outcome of this election clear enough to anticipate that the June parliamentary elections will give the President a majority that will allow him to implement his pro-business and pro-European policies desired by the markets…” questioned Frederic Leroux, a member of Carmignac’s investment team. He added, “It seems dangerous at this stage to take it for granted.”

Gujarat: A State Well-trained In The Art Of Turning Calamity Into Opportunity 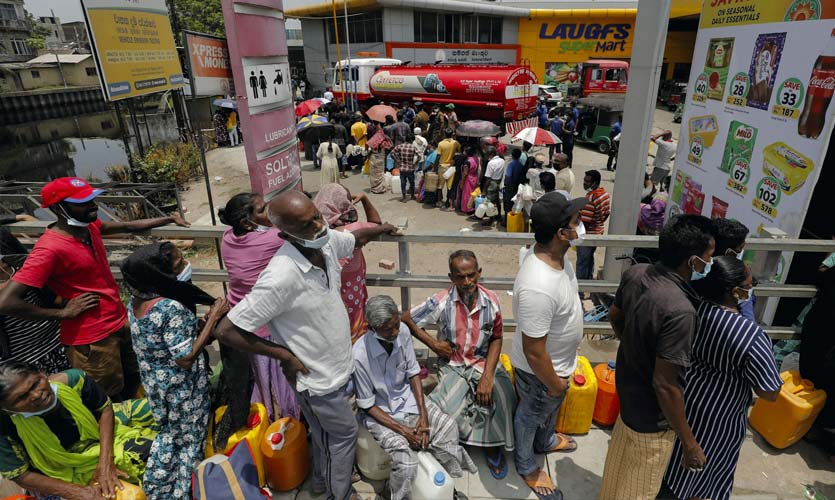 Explained: What Led To The Grave Economic Crisis In Sri Lanka?